Fruits and Vegetables: How Can I Tell My Produce is GMO? 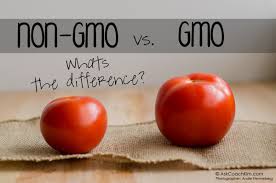 Ever wonder if the fruits and vegetables you purchase at your local deli or market are GMO? If you’ve ever asked yourself this, you’ll find this tip helpful: finding out if the produce you buy is GMO is easier that it might seem at first glance.

Each type of fruit and vegetable has its own signs of quality that you need to consider before buying; however, nowadays it’s increasingly tougher to tell which produce is organic and which has been genetically modified in some way. However, this simple trick will help you determine if what you’re buying is 100% organic: the PLU sticker.

PLU (or Price Look Up) codes are the 4-5-digit numbers on produce stickers that have been used by supermarkets since the 1990’s. They represent a globally standardized system implemented by the International Federation for Produce Standards (IFPS).

The PLU number indicates produce items based on a number of factors such as commodity, variety, growing methodology (e.g. organic), and size. Numbers are assigned by the IFPS after rigorous quality control at a national and international scale.

Remember this: If the 4-digit number is preceded by a 9, it indicates that it was grown organically. Any 5-digit number that starts with a 9 identifies the produce as organic.

Do you have any more tips on how to differentiate a genetically-modified fruit from an organic one? Tell us more in the comments below.